I recently saw a patient in my surgery who was struggling with an itchy vaginal discharge. She’d tried using some over-the-counter thrush treatments which worked for a while, but then the symptoms would just come back again. Unfortunately, not an uncommon story!!

So what was going on??

After further discussion, it transpired that she was excessively washing. She would wash, using ‘feminine hygiene’ products, each time she used the toilet and also when showering, which she was doing twice daily.

Thinking she was keeping her vagina clean and healthy, what she was actually doing was stripping it of its protective, ‘friendly’ bacteria (known as lactobacilli) allowing the ‘unfriendly’ organisms to overgrow – in her case an overgrowth of yeast resulting in recurrent thrush infection.

I’m pleased to say that she has now revised her ‘feminine hygiene routine’, washing just once a day with good old water – and her recurrent thrush is no longer a problem!

If this story sounds familiar, I’d recommend looking at the products you are using. In my opinion, most products marketed for feminine hygiene are unnecessary, and may actually cause harm.

So my advice, keep things natural down there! It will help prevent things such as recurrent thrush and bacterial vaginosis, and may potentially reduce the risk of more serious diseases!

I've developed an irregular bleeding pattern on cyclical HRT. What should I do?

HRT, Breast Cancer and the Media! 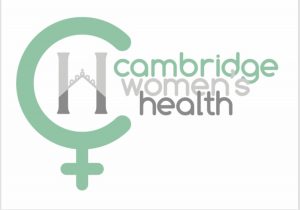